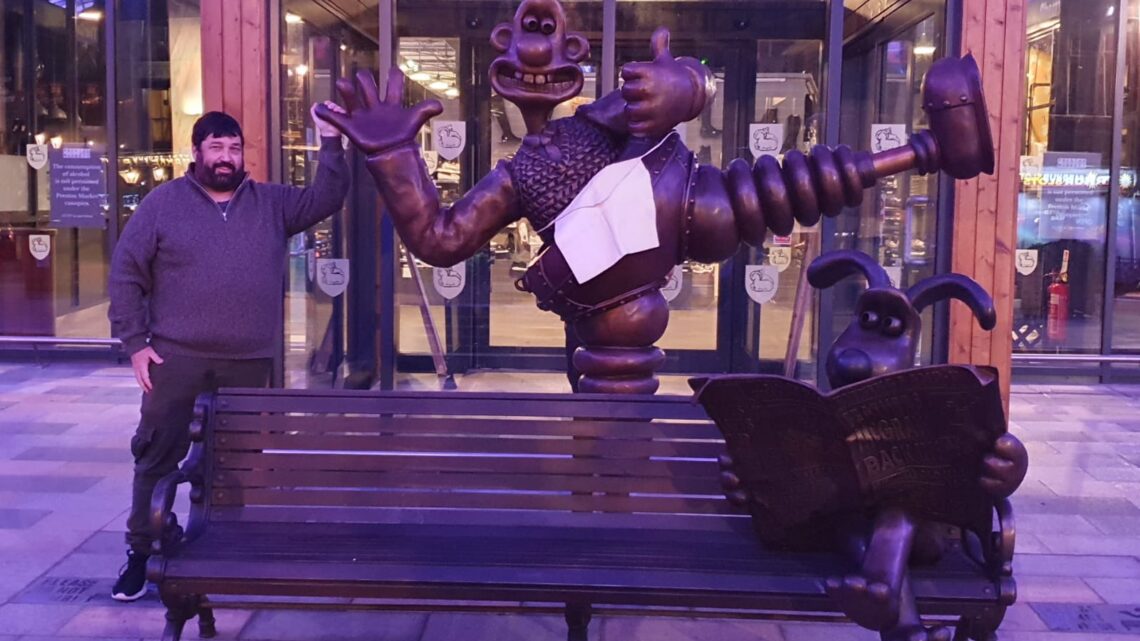 9th October 2021 Off By guildlodge

Recently, Preston City Council unveiled a statue and bench featuring Wallace and Gromit as a tribute to their creator, Nick Park who is a proud Prestonian. Wallace and Gromit films have brought joy to all generations. These films were so well received that Nick Park won Oscar awards for the Best Short Animation.

The statue, located near the entrance of Preston Market Hall, features one of the Oscar winning films, The Wrong Trousers. This is a superb addition to the street scene in Preston and has generated a rapid culture of people in Preston posing for photographs clearly enjoying the new feature in the City Centre.

To welcome Wallace home to Preston, the members of Preston Guild Lodge made him a Mason and brought him into the organisation as a learner. We expect he will earn his promotions very rapidly for his service to the community and bringing a smile to people’s faces.