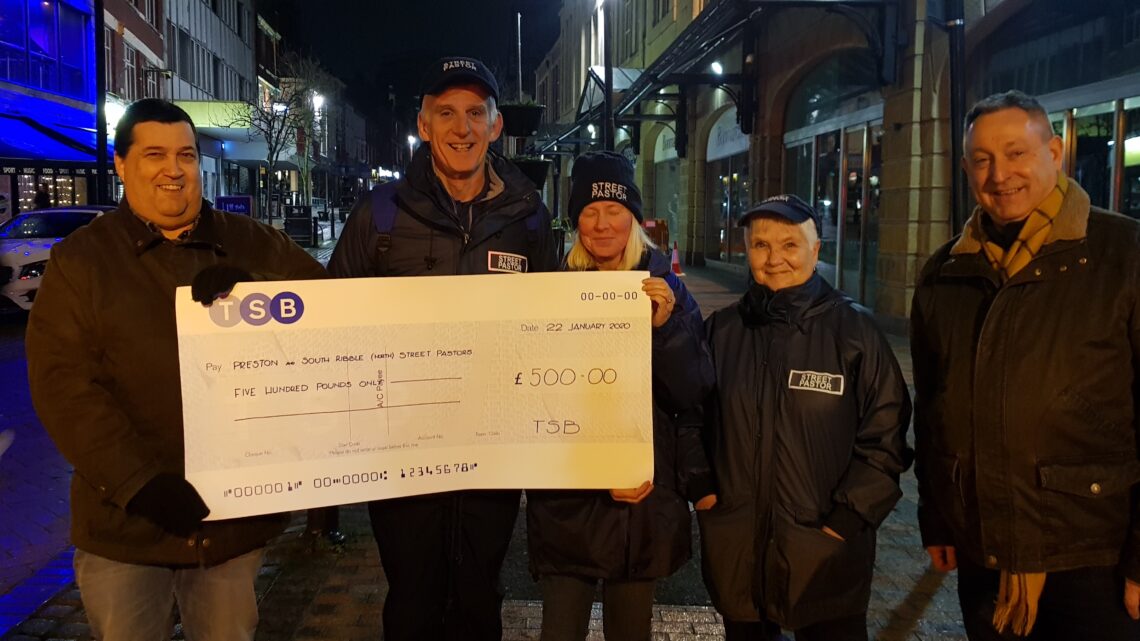 4th February 2020 Off By guildlodge

The WM presents the cheque to the street pastors alongside W. Bro David Parker

At our Installation in November, one of the Charities we chose to support was the Preston Street Pastors. We wanted to support our Local Community and saw the value in what the Street Pastors do.

The prime role of the Preston Street Pastors it to keep people safe in Preston City Centre on Saturday nights. They provide hot drinks; snacks and support for our vulnerable homeless as well as looking out for people who are on a night out and encounter problems.

Rather than just present the cheque for £500, the Two David’s, W Bros Parker Snr and Parker Jnr went out for a Saturday night on the 25 th January to observe their work first hand. Before they started the patrol, our Worshipful Master Tim handed over the funds.

The Two David’s we able to witness the excellent work the Pastors did in helping those who live on the streets. It is clear that they have built up a relationship with many in that unfortunate position. There were also cases were people on a night out had encountered difficulties. These people were looked after with respect. What was also clear was how well known the Street Pastors were with the local
businesses in Preston. From filling up their flasks with hot water to general encouragement and support, there was a warmth evident.

Usually two teams of three patrol Preston City Centre every Saturday night. All of the teams are made up of volunteers. Preston Guild Lodge is proud to support them.